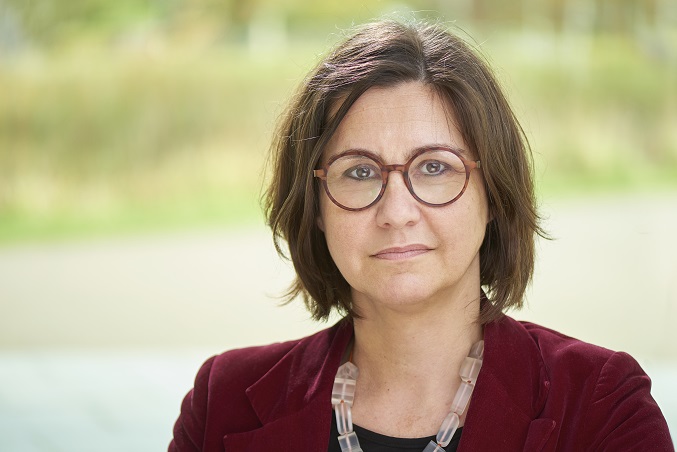 The wellbeing of employees Dealing with depression, anxiety and/or dementia Effectiveness of arts therapies

Vicky is a Professor of Arts and Wellbeing having joined Edge Hill University in 2013.  She holds a split post between the Department of Applied Health and Social and Care and the Department of Performing Arts, sharing her time, teaching and research equally between these two subject areas.

In 1991 she completed her Bachelors of Science and Education at the Aristotle University of Thessaloniki followed by her MEd (1994) and PhD (1998) at the School of Education of the University of Manchester. Her doctoral work, funded by ESRC, was published in her first co-authored book, Arts Therapies: A Research-Based Map of the Field, as well as in several peer reviewed and professional journals.  For ten years (1999-2009) her primary employer was the University of Hertfordshire where she held one of the first postdoctoral posts in her field in the country.  Originally she was employed in Nursing, then in the Department of Art and Design and following this at the Department of Counselling and Psychotherapy.  Her success in external funding allowed her to research topics relating to the use of the arts and arts therapies and to generate material for her second edited book Arts Therapies in Schools. During this time, she also completed her clinical training and began working part time as a movement-based psychotherapist.  In 2003 and whilst still working as a researcher at the University of Hertfordshire, Vicky began working at Queen Margaret University in Edinburgh, initially as a part time lecturer in art therapy and then as a senior lecturer in dance movement psychotherapy. Working within a Faculty of Health and Sciences, she had opportunities to research her areas of interest through a health perspective.  During this time, she also worked closely with the NHS Improvement Scotland and NHS Education Scotland.

As a result of these multiple influences and contexts of work, Vicky’s research work remains diverse ranging from artistic inquiry to systematic reviews and meta-analyses. For example, with a team of colleagues from Leeds University, she has completed two Cochrane Reviews on the effectiveness of Dance Movement Therapy for Depression and for Dementia; methodologically these publications include systematic reviews and a meta-analysis.  With colleagues from Edinburgh University she has edited her third (edited) book titled: The Oxford Handbook on Dance for Wellbeing; this publication, amongst other things, favours and celebrates arts-based research and videos as publications.  Her more recent book is edited with a colleague from the University of Highlands and Islands titled Arts Therapies in the treatment of Depression.  She is currently involved in the ERA study, the largest arts therapies randomised controlled trial in the UK funded by the NIHR.  She has also received funding from the clinical commissioning group of Liverpool and the European Union for studies on depression and cancer care.

She travels extensively for research and teaching purposes offering key notes, experiential workshops and consultancy work around the world.  In 2014 she was awarded the title of Honorary Doctor of Medicine from Riga Stradins University, Latvia for her services in supporting the development of arts psychotherapies in this country.

She is widely published in peer reviewed journals and edited books in the field and is co-editing the international journal Body, Movement and Dance in Psychotherapy published by Taylor and Francis.

Arts for the Blues - A New Creative Psychological Therapy for Depression

Backing the backbones –: A feasibility study on the effectiveness of dance movement psychotherapy on parenting stress in caregivers of children with Autism Spectrum Disorder

Effectiveness of Dance Movement Therapy in the Treatment of Adults with Depression: A Systematic Review with Meta-Analyses

The Arts for the blues: An evidence-based creative psychological group intervention for depression

Arts therapies for dementia: a systematic review and community-based case study on the value of music therapy and dance movement therapy

File
Your message has successfully been sent.
Your message was not sent due to an error.
If you made any changes in Pure these will be visible here soon.